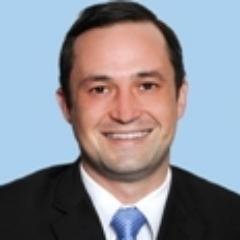 Ricky joined Cullinan and Associates as a Consultant Attorney in May 2021 after a stint in the corporate sector as legal counsel for Africa's largest cannabis company. Ricky qualified with an LLB degree from the Nelson Mandela University, where he studied environmental law as a final year elective whilst also penning a thesis on the need to relook the punitive cannabis legal framework in South Africa – both as a means of harm reduction, and to achieve environmental sustainability through the industrial uses of cannabis. As a final year law student, Ricky read Cormac Cullinan's Wild Law which inspired his environmental law crusade and reassured him that his ideal for a more sustainable future with all species and life systems on Earth living in harmony with equal rights was not far-stretched and something which could be achieved within his lifetime.

Ricky completed his articles at BLC Attorneys in Gqeberha (formerly Port Elizabeth) where he gained significant experience in land use planning matters whilst pioneering the environmental law department at the firm. He was responsible for advising listed companies on environmental, health and safety, and air quality licensing and compliance issues, and provided the initial legal advice to a marine conversation client which culminated in the successful judicial review of the Government's decision to ban the catching of the Red Steenbras.

Ricky then joined Boqwana Burns Inc. and quickly climbed the ranks to become a partner at the firm. He played a part in the State Capture investigations where he gained a real depth of knowledge on forensic investigations and litigation. Ricky also advised on the Small-Town Revitalisation Project in the Eastern Cape and was the lead attorney on numerous high-profile procurement/tender review cases.

Although Ricky had a long relationship with the cannabis plant and her community, it was at Boqwana Burns that he started pioneering legal advice in the cannabis space, where he represented legacy cannabis farmers of the amaMpondo Nation in invoking a legal strategy to end the Government's two-decade-long aerial eradication efforts using glyphosate sprayed from helicopters to eradicate subsistence cannabis fields in the former Transkei Homeland. Ricky is also a member of the legal team for the Trial of the Plant which is a pending High Court constitutional challenge against cannabis prohibition in South Africa. He represented a cannabis advocacy NGO to apply for access to Livestream broadcast the court proceedings in the Trial of the Plant, which resulted in a groundbreaking Full Bench judgment on the Right to Freedom of Expression. By all accounts, Ricky understands cannabis, and cannabis understands Ricky.

Ricky advises clients in the public and private sectors on all aspects of environmental law, cannabis and African traditional plant medicines, and the regulatory frameworks and green business opportunities arising in those sectors. These are all areas of law where Ricky is celebrated for providing responsible and innovative legal advice, and meaningful guidance, to those who are conscious to make a difference for the ultimate benefit of future generations and the Earth Community.

Ricky is also an author with his work The Decriminalisation of Marijuana in South Africa: Higher Environmental Management and Protection (HEMP) published by Lambert Academic Publishers in 2011, and he has recently authored a chapter in After the War on Drugs: Harm Reduction and Human Rights in Post-Prohibition Scenarios to be published by Routledge in 2022.